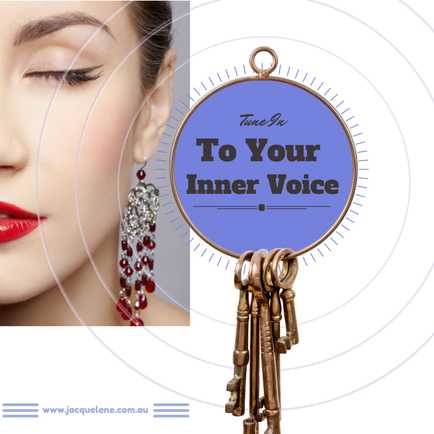 I have had tinnitus for years, which some people have in the past told me is due to me "not listening to my angels," yet I have been listening to my guides all my life, despite often being stubborn about it. And I have been, all my life, in a state of - as one hearing specialist once told me- a constant state of listening, such as tinnitus is due to the ears sending a signal to the brain that there is sound and the brain sending signals back to the ear to interpret that sound.


And in that state of constant listening to what appears to others to be nothing, I often hear songs that relate exactly to the person I am reading for, yet I demand proof and ignore the message unless proof is given. It could, therefore still be argued I am refusing to listen in some ways, while deeply listening at the same time.


My tinnitus was physically caused through being beaten up years ago. My ear drum became perforated, and then I also later worked in a variety of noisey industries and around radio for years plus also at one point in a call centre where I copped a strange and painful shock like feeling one day and a bizarre flu that went perpetually around the office that left another lady completely deaf in one ear, but left me with tinnitus ever since. The tinnitus is in the same ear that was earlier bashed, and the high pitched sound has been with me ever since. So my tinnitus, has a physical and not just spiritual background.
For people suffering tinnitus the best things you can do is not go for the quick fixes, to yes, see your doctor for proper diagnosis and treatment, but I have been told mine is incurable, and to find ways to relax to reduce its impact on my life. In my case have spent decades listening to soothing music to cancel the noise out, and I use that music to mediate with, these days however I have songs doing in my mind which has the same effect that playing music used to have, possibly through years of training my brain to relax to music from external sources, coupled with the fact that as one of my psychic senses is clairaudience, it is relaxing to hear songs with meaning and understand that meaning in relation to the reading I am doing at the time, or the surroundings or events I am about to face.

However for some people, they haven't been exposed to physical injury or call centres, but may be getting that high or low pitched sound. In some cases it's caused by illness, others its not really all that well explained, but always you should seek your doctor for guidance and to rule out serious conditions.

In the case of people who are opening up clairaudiently, who unlike me haven't grown up hearing and interacting with spirit, it is important to seek relaxation and tune out from the excess noise of life, as well as of course keeping in touch with qualified medical advice. Take time out to meditate to reduce the outer noise and inner noise, and to start working with developing your intuition and trusting and listening to yourself more.

Trusting your intuition begins with little exercises you can do to see how correctly you picked up on things, and then building a body of evidence for yourself over time to acknowledge your messages and how they correlated with later events. Through that documentation of proof you trust more and more, and you open more and more to your own gifts. Laughing at yourself helps a great deal, and I sometimes joke "Oh, okay, I must still be psychic then..." and then so I keep speaking the messages I am given to say. Another thing that helps your development and calm is to take a D E E P breath, release fear, and create that mental slow down and then say "What the heck" and just giving it a go. 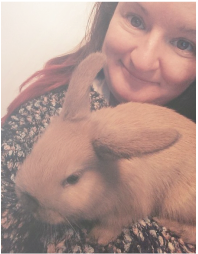 "Giving your intuition a go" is best done amongst a supportive group of people who aren't going to heavily criticise you for what you picked up and said. It is also helpful not to approach complete strangers with "messages from spirit." They didn't ask, haven't given informed consent, and might not be ready for what you have to say, and additionally, you might be getting the correct message, but your interpretation of it might not be fine tuned and may cause them unwarranted and severe distress. This is why I recommend psychic development training to learn to control these kinds of impressions and how best to work with and understand them.

Question :-  How Do You Gossip About A Telepathic Friend

Answer :-  Too Late, They Already Heard Ya!

Wow" I thought, this was just a bit much. I hadn't asked to hear it, and couldn't stop hearing it...believe me I tried.
All I was doing was washing dishes. What they had to say wasn't all that nice, and was some pretty hefty criticisms about me.

"Hmm..." I thought. "Well they do have a point." I listened to the rest of this, because although it started as an involuntarily experience, it seemed important. I waited and washed dishes until they ended their call. I immediately rang Pam first, and told her I was sorry if any actions of mine had caused her to feel the need to talk about me behind my back, and I outlined everything that was said. She was absolutely floored. I knew Pam wouldn't try to lie about it, and wasn't going to scream at me in response to what I had to say. I apologised and said I really didn't ask to hear the call, it simply had happened, but that I was taking all that was said on board as areas of growth for me, but that if she had an issue with me in the future, could she just tell me. Pam took the call really well, although dumbfounded.

Next was Joan's turn. Expecting Joan's 'scorpionic' tail to lash out at me, she didn't disappoint, even though I had approached her far more carefully and sensitively to try to avoid the explosion I knew was coming.

"How dare I" .... "That was (her) PRIVATE conversation," (That just happened to be about me). I replied that while it was private, my presence had been invoked by the intention and nature of the call. And, could she just be more straight with me in the future, that I felt she had good points and I felt I had heard to for a reason. Not surprisingly, Joan and I didn't end up being long term friends. I learnt just how careful we have to be with other people's sensitivities, even and especially if they are not with ours.

"
These days, faced with the same scenario, and when I indeed hear that kind of thing,
I just don't bother ringing anyone...Instead I just smile at them knowingly, the very next time I see them...Without uttering a single word, unless they ask...
"

This is an example of one of the many reasons psychics, empaths and clairaudient people are careful how closely they associate with others and why. When people lie to an empath, the empath can - if they lack self confidence- start questioning everything they feel and sense when what they pick up doesn't match what people say or admit to it.

The point is also to trust what you get, so long as you have a history of that being correct and grounded in events that correlate and make sense in the real world, not just feelings and images that you have but do not have a real world link in outcomes and outer experience.

You can develop your clair-audience to the point of this and more, but the point in this story is, to trust what you know works, find ways to develop it further, and not to take it all too personally, even if it's intended that way. Detach after the experience unless you are addressing areas of your own short comings through such an experience. Humans are naturally conflicted beings, and there are times they don't say what they mean, and don't know what they know.

It's fine to take things on for development and personal growth, but you also have to remember that people aren't always ready to hear as much as you might have, if you have this skill.

Be gentle with those who are unlikely to understand how you can do what you do, and feel threatened by it.
Choose to share your gifts with those who appreciate them, are read for it, and asked.
Listen to your inner being for guidance on when and with whom that is going to be.